About Us Survivor's Stories

"The financial help I received from the Joy Smith Foundation allowed me to stay in a safe house until I recovered. Now I am going to school and I have a future.”

"The Joy Smith Foundation helped me to turn my life around. I am not looking over my shoulder anymore trying to stay away from my captors. Because of the counselling and the warm bed to sleep in at night I was able to get on my feet.”

"The Salvation Army Deborah’s Gate is incredibly grateful for the support of the Joy Smith Foundation for survivors of human trafficking accessing our residential rehabilitative program. With your support, we provided wrap around, trauma informed programming and residence for a survivor for three months in our program. As the response to this issue is in the early stages in Canada, the investment in our programming came at a pivotal moment. We have seen many women victimized by this horrific crime, but we are proud to partner with agencies such as The Joy Smith Foundation in helping us change the script of the story to one of hope, redemption, and freedom.”

Before her 20th birthday, Timea made what was to become an extraordinary and life-changing decision to visit and work in Canada for the summer of 1998 to earn extra income during a lull in the music video production market. She answered an advertisement and spoke with an articulate woman who told her she could work as a housekeeper, nanny or nightclub dancer, which sounded like a good opportunity to explore another culture and save some money for her future. 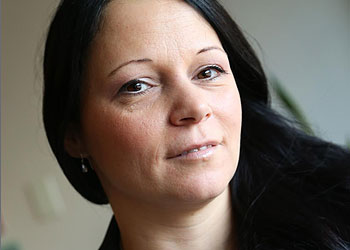 On April 18, 1998, Timea arrived at Terminal 3 in the Pearson International Airport. Filled with excitement for a summer of adventure, Timea was whisked away by her employers, stripped of her identification, and informed her work contract was in fact for an exotic dancer – not what an intelligent, sweet and naïve young lady from Hungary would have ever dreamed for herself.
Here starts the journey of an immigrant sex slave.
Timea was forced to work as a sex slave in Toronto, Canada for the following 3 months including numerous occasions of sexual assault at her employers hands as well as a Canadian agent – a living nightmare.
On August 18, 1998, she miraculously escaped her captors and made it back to Budapest, Hungary. But yet again, life had other plans. While she thought she was returning home to safety, instead she was in even greater danger as the Hungarian police failed to protect her. For this reason, she went back to Canada where she actually felt more secure.
In March of 1999, Timea contacted and began working with Detective Michael Josifovic, of the Toronto Police Force who headed up a joint task force, Project Almonzo, consisting of Immigration, the RCMP and other social organizations to clean up the exotic dancer industry in the Greater Toronto Area and to bring her own captors to justice.
Unfortunately in March of 2004 after 6 longs years, the trial ended finding her employer and sexual assaulter not guilty on all charges. More disappointments would follow.
As if that wasn’t devastating enough, her boyfriend and roommate at the time took his own life only one week later in their shared home. And to add more salt to the wound, Timea's work permit expired with the closing of the court case; she lost her job and hit the financial skids. She was understandably devastated and on the verge of a nervous breakdown. 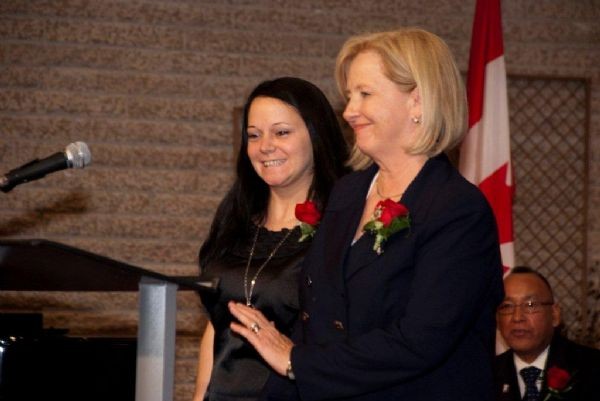 Even then, she wasn’t ready to go to Hungary because she was terrified she might be hunted down by the Hungarian Organized Crime members she successfully put in jail in 1999. Through a series of fateful twists and turns, Timea was granted Permanent Resident status in February of 2005 by the Canadian government, which began her return to wholeness.
As part of Timea’s journey to heal and forgive the pain of the past, as well as show appreciation for all those who helped her along the way, she has been giving back to the country and community that eventually treated her with kindness. In 2009 Timea founded the organization Walk With Me to help victims of human trafficking, to educate law enforcement and assist government officials to create stronger laws to prevent this crime.
Scroll Up